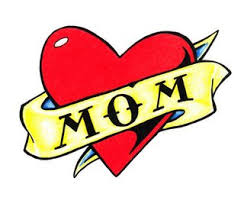 Somehow, someway you became a mom. After nine months of pregnancy, or prayerful hours of waiting for your forever child, you became fitted with a new title, Mom, and a new responsibility, Motherhood.  You may not have a degree or beautiful diploma to qualify you for motherhood, but you have been hand picked by God to carry out the high calling of being a mom.

Motherhood is mastered in the throws of diapers and tantrums, whines and wishes, pigtails and tween crushes, puberty and SATS. It is an adventure experienced on the bumps of trials and errors, unfortunate failures and unexpected successes.  Every mom needs to be encouraged and trained along the way, so, here is Motherhood 101.

No matter what “season of motherhood” you’re in, it’s the hardest work in the world. It’s a 24/7, 365-day job, and a highly demanding one at that. Up early, no sleep, go-go-go all day long, keep going all night too, worrying yourself awake in the early hours, exhausting yourself, giving your all. But we do it because we love our children, right? From a song about motherhood a few years ago, “It’s the hardest work I’ve ever done, but somehow, it’s the easiest to do.”

Even if it looks easy on TV or on a friend’s Facebook page, trust me, it’s not. You’re not alone in this crazy thing called motherhood–it’s hard for all Mother’s, and some times are harder than others. Discover which phases and seasons of mothering are easiest and most rewarding for you and which are not, and then, give yourself a break in the harder times and recognize your strengths and put them to good use in the easier times. Oh, and hang in there! It does get easier. And then it doesn’t…