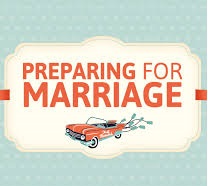 You are able to get married while in custody at Purgatory Correctional Facility. Be advised that the person you are marrying will also have to be cleared as a visitor and a background check performed, if they aren’t already. You must give the Programming Sergeant notice of your intent to marry via an inmate request via the kiosk. There is a ninety day waiting period from the facility prior to the actual ceremony being performed. The Programming Sergeant will approve the requests for the facility. If you are a State Inmate you must get approval from your case worker as well. Be aware that just because you ask to be married in this facility, does not mean that your request will be granted. Many factors are considered when granting approval, length of incarceration, exigent circumstances, sentencing, state inmate vs county inmate, etc.

You will need to have your intended go to the County Administration Building at 197 E. Tabernacle in St. George to obtain a “marriage license”. Once the application for the license is filled out and paid for. The Clerks office will mail it to the facility for your (inmates) signature and an administrative approval. It will be mailed back to the Clerks office at the County Admin building. Once that is done, and it is recorded, you only have 30 days for the marriage to be performed. You can then pick up the license and make arraignments to be married.

Once you have the facility approval and license you can make arrangements for the ceremony. You will need to arrange for someone licensed in the State of Utah to perform marriages. The Hurricane Justice Court Judge, Karlyn Meyers, will generally perform this service if given prior notice. Be advised that anyone performing the ceremony will also have to be cleared as a visitor and a background check performed, if they aren’t already. That person can call the jail and make the actual arrangements for the date and time with the Programming Sergeant who will confirm with the Judge or Clergy.

The ceremony generally tasks place inside the secure facility in a small classroom. No pictures or cameras are allowed, no other visitors or family will be allowed. Wedding dresses are not allowed. Standard attire required. The only items allowed into the facility will be wedding rings for the ceremony only. Once the ceremony is performed, the authority performing the marriage will mail or deliver the marriage license back to the County Administration Building to go on file. The marriage certificate will be yours to keep. A barrier visit will also generally be granted for the newlyweds and any approved family members.

If you are planning on marrying someone in custody at this facility, the process is basically the same, except you will need a third party to apply and pay for the license. You should be aware that just because you marry someone in custody, it does not allow you any “special” privileges. A request to write to your spouse in custody may, or may not be approved. Being married will not allow you any special visiting privileges after the ceremony.
Support Services